Tian and I both hate running, but everyone always talks about how great it is for you, so we wanted to get better at it. For this 2 week challenge, our goal was to improve our mile time. I also wanted to stop hating it, if possible.

We ran our test run at a nearby neighborhood running trail loop. It wasn't perfectly flat, but nothing too steep either. To measure our time and distance, we used the Nike Run App, which is free to use on your phone. During the test run of a mile, it was agonizing. I was huffing and puffing like there was no more air in my body. I wanted to give up so badly. The only reason why I didn't was because I'd be to ashamed and embarrassed that Tian finished and I didn't.

Finally, after a little over 2 loops, I fell to the grass floor and saw my mile time: 8 minutes and 52 seconds.

Honestly, that was better than what I thought it was gonna be, but this isn't the "Ain't too shabby" podcast. It's the Get Good At Podcast, so I spent the next 2 weeks getting better at running a mile.

I ran every single day for the next 14 days.  At first, I would run a mile as fast as I could, but I haaaateeeedddd that. I was losing morale. So, I started alternating between running a timed mile and running for "fun." And actually, those days when I ran without timing it started to get fun (I know, wild). To make up for running at a more leisurely pace, I would run 3-5 miles on those days. I was probably averaging a 10-11 minute mile pace.

For the days I timed my mile, I would also alternate between the treadmill and running outdoors. To learn how to pace myself, I ran on the treadmill, but fun fact, treadmills were used as a torture device. And I felt the torture. It was waaay worse than running outside. But, there's no risk of getting skin cancer and I ran faster on the torture device. I was able to go as fast as a 7 minute and 30 second mile time. I couldn't say the same for when I was training outside, but I was able to shave off time every time I ran.

What really helped was eating and drinking water 30-45 minutes beforehand, going to the bathroom so you don't feel like you're gonna sh💩t yourself when you run, and listening to the right music. At first, I listened to Spotify's cardio playlist, then their rap playlist. But what did it for me was making a high paced classical music playlist. No beat goes faster and harder than Rimsky Korsakov's Flight of the Bumblebee.
‍

The day finally came, and not gonna lie, I was dreaddding it. But my desire to get this over with gave me the strength and will power to run that last test run. I popped on my headphones and started booking it. The first lap wasn't actually that bad. But when doing the second lap, I was doubting myself and wanted to give up. But, I wanted to show Tian how much better I got, so I kept hustling. Similar to the first time, I fell to the floor once I finished the mile. Having no idea if I did well or not, I heard the Nike Run App say, "Congratulations, you've reached 1 mile. Average pace..." *internal drumroll* "7 minutes 45 seconds."

I was honestly pretty shocked I was able to do that. It felt amazeballs that I got to that pace because I remember being the slowest kid in my high school's tennis team averaging 12 minute miles. I shaved down a whole 1 minute and 7 seconds in two weeks!!

I fully expected to stop running all together after this challenge, but surprisingly, I've incorporated it into my fitness routine. I don't do all out timed miles anymore because I hated that. But, I do go for runs 1-3x a week that average a 10-12minute mile pace. But, I've noticed my hip pooping more since running more (which I've always had, it's just more frequent now), so I might switch to biking in the future.

What To get good at next 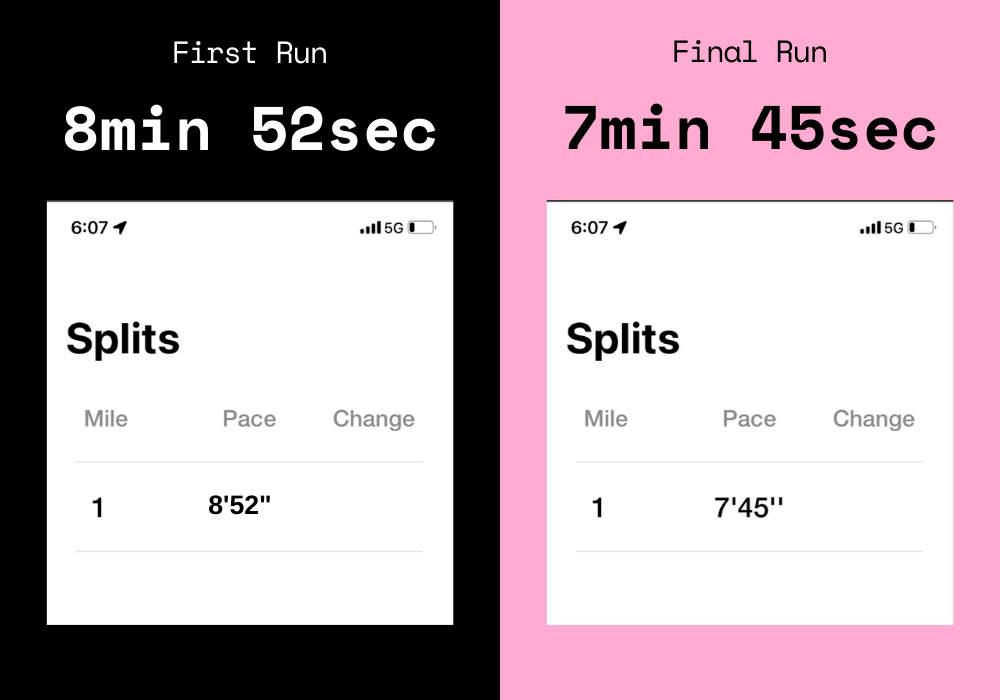 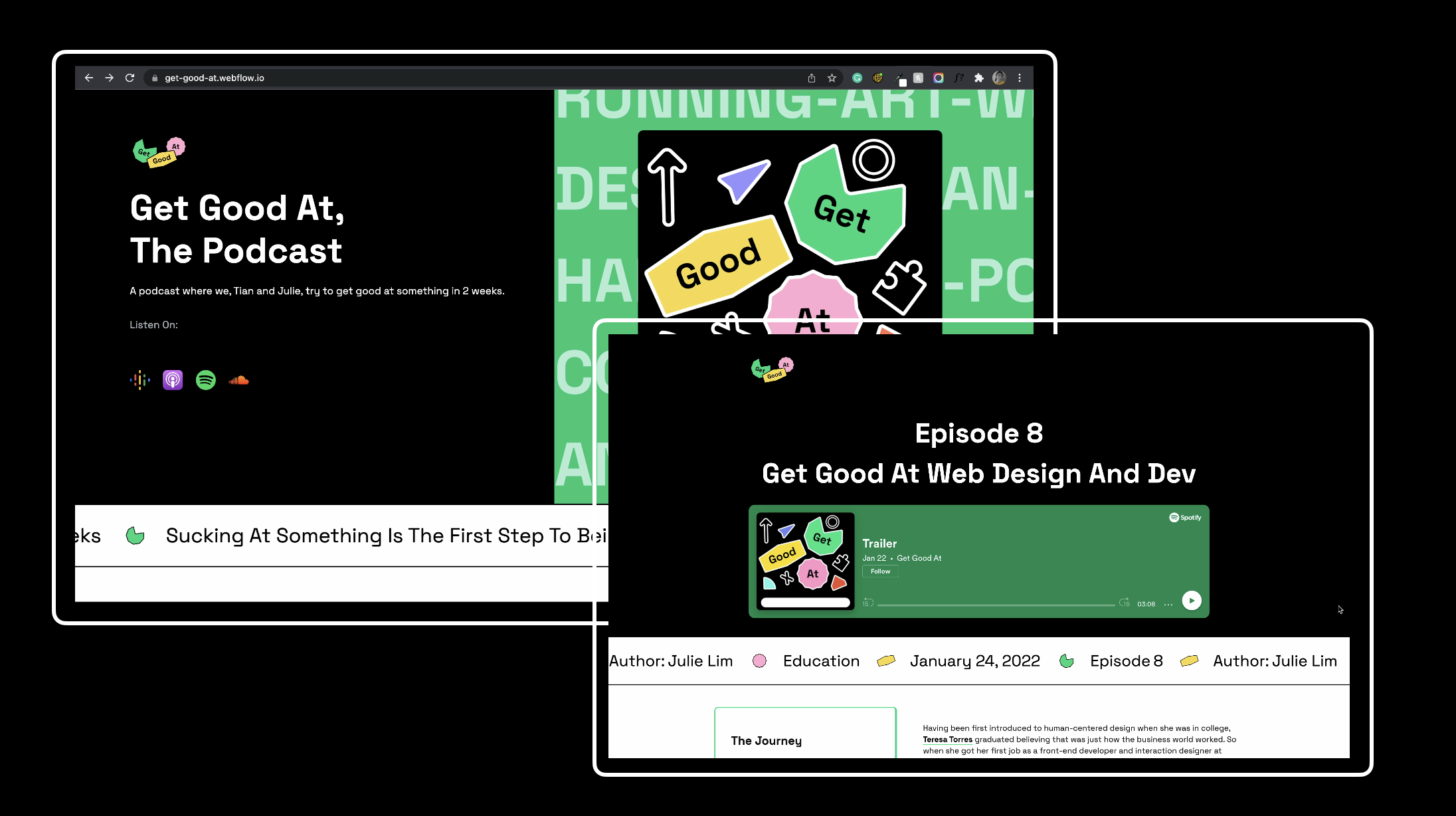 Wanna Say Something To Us?

This is some text inside of a div block.

This is some text inside of a div block.

Episode
This is some text inside of a div block.

Author:
This is some text inside of a div block.